For the uninitiated, Restaurant Week is when hundreds  of establishments, from fine dining standbys to hip new eateries, offer special prix-fixe lunches and dinners to much enthused foodies.

This event has been a proven tradition amongst many major cities around the World including Cape Town, London, New York and Tokyo to name a few and although it is still quite a new concept in the country, last year’s launch was a big success. This year’s NRW  will feature over 50 restaurants offering 2 or 3-meal courses.

Organised by Taste Events Ltd (A partnership between EatOut and
SHK Consulting), the event will run till 1st of February, giving food lovers an awesome 10 days to sample as many restaurants as they can. #NRW2015 is therefore bigger than last year’s encompassing two full weekends.
Menus will cost Ksh1,500 or Ksh2,000 depending on the establishment. Some establishments will be offering a 2 course selection from the same menu at lunch time for a reduced price of Ksh Ksh1,000 or Ksh1,500, again depending on the establishment. This will however not include a complimentary cocktail.
This year’s title sponsor, Magnum Cream Liqueur from Liquid Africa  will be offering a complimentary Magnum cocktail, or a glass of Magnum on the rocks; for those who prefer theirs served plain on the rocks. Magnum is a luxurious cream liqueur which has tantalizing hints of caramel, chocolate and rich toffee making it perfect for anytime of the day even as dessert after a hearty meal.

Some of the best fine-dining restaurants on board this year include; Soaring Eagle Spur, Secret Graden, Villa Rosa Kempinski, Bhandini, Mambo Italia, Artisan at Sankara,DusitD2 Soko, amongst others.
Whilst you should look forward to having a great experience, it’s important to take a step back and see if you’re actually getting a good deal. A lot of people are going to restaurants they wouldn’t go to because it’s Restaurant Week, which is part of the idea, but they’re less in tune with what those restaurants are doing.

Are you being served a raw deal?

At first glance, Restaurant Week seems like a win-win for both restaurants and guests. Customers pay a fixed (and ostensibly lower) price while getting to try a new restaurant and its specialties.

For all its benefits,  Customers, rightly, want a good dining experience and a good deal. Restaurants on the other hand, rightly, want to fill seats during an otherwise slow month—the original purpose behind the promotion—and satisfy guests without losing money.

But here’s the thing: a ton of people turn out for Restaurant Week. “Amateur eaters” are seduced by the seemingly low prices and a desire to experience the new culinary fad. As a result, wait times can stretch on, and service may lag due to the sheer volume of orders and tables.

The premise of restaurant week is that restaurants you may not normally visit will lower their prices and offer their best dishes or most creative items in order to lure you back in the future. This is however not the case for all establishments involved.

You might find restaurants that don’t take the event seriously and serve extra-small portions. With menus being extremely limited, the value just isn’t there.

The quality of food often drops, too. Cheaper options that may not otherwise appear on the standard menu show up on the prix fixe as a way for owners to save money with the “special” menus. There are restaurants that normally have very particular ingredients and offer really outstanding quality products, and then you come into Restaurant Week and it’s all very conventional. The meal should at least be representative of the kitchen’s style.

Taking all of this into consideration, those prix fixe costs suddenly don’t seem like the best deal in some establishments.

Still, some eateries use the program to deliver great value. There are a few places out there where the special prix fixe is as good a deal as the regular menu. It’s the delight in discovering those that keep many coming back for more.
It can be bad (sometimes) for restaurants too!!

Restaurant Week can certainly be great for restaurants — it amps up exposure and brings in new customers during an otherwise slow month.

It is also a good opportunity for restaurants to showcase to people who may have otherwise not dined with them.

But it can also have the opposite effect. Dining out during Restaurant Week doesn’t necessarily offer a true glimpse of what a place is actually like. Crowds and long wait times annoy a restaurant’s best customers, and those deal-seeking diners are not necessarily going to come back. Which is really bad, given that increasing repeat business for restaurants is one of the main goals of a publicity program such as Restaurant Week.

It can also be rough on the servers leading to a subpar service. When you get down to it, the waiter isn’t making as much money.”

Ultimately, Restaurant Week can turn out to be a pain. But if you do decide to go, here are some tips for doing it right: 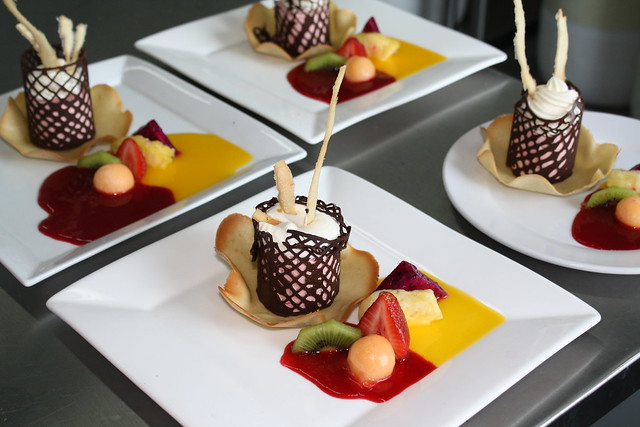 Last year, four days into the weeklong culinary experience,  restaurants registered a significant increase in patrons wanting to take advantage of the unique experience with establishments like Bamboo, Zen Garden and Jiko at Tribe Hotel selling out their 250 limited-edition offering within three days with several others such as About Thyme and Pablos, Best Western recording similar numbers as well.

Whether you plan to sample the finest food the city has to offer or not, it’s  a given that Nairobi Restaurant Week is growing up to be the biggest culinary event in the country (if it isnt already).
If you do get to attend though, Good meals? Bad meals? Tell us about them in the comments.
Check the participating restaurants and their menus here.
Advertisement