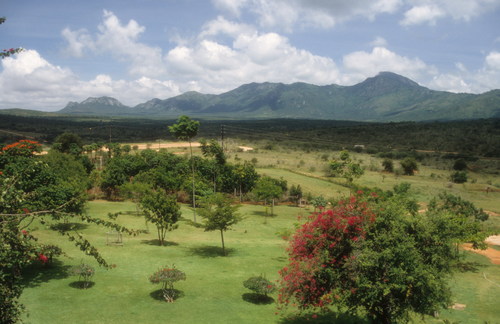 Travel enthusiasts en-route to various safari destinations along the Nairobi-Mombasa highway more often than not by-pass this Majestic wonder over Voi town. What many fail to realize is that this unexploited backdrop not only provides for a beautiful view while on your safari, but is also a rare attraction gem yet to be exploited and can only be attested to by a few; locals, researchers, and rally drivers. The early mornings are a sight to behold with dense fog shrouding the hills so much so one cannot be able to see another’s compound. Moreover, approaching the scenic hills from the vast and expansive plains spread in the lowland areas, provides for an exciting anticipation knowing that the higher one goes the more amazing the view of the landscapes, more like a far off deep sea. 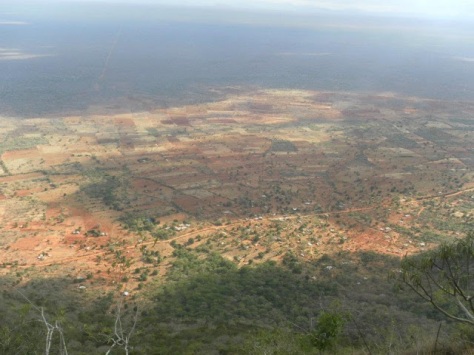 View of Mt. kilimanjaro a far from Taita hills 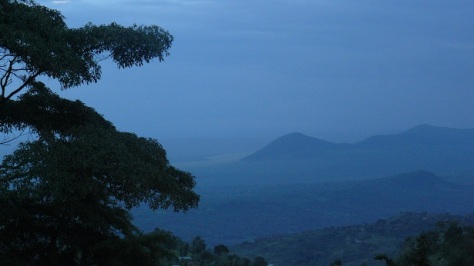 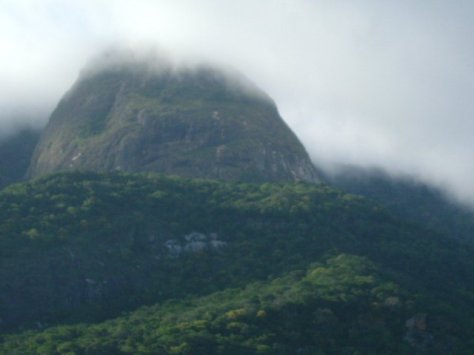 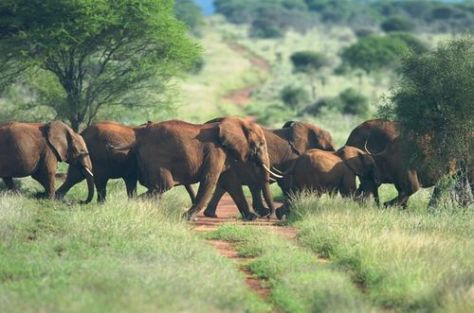 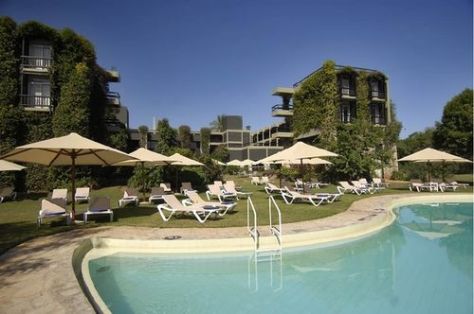 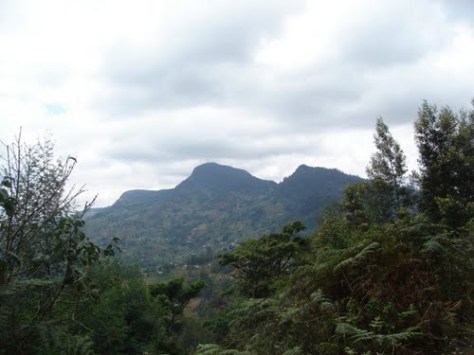 View of Saghalla
One’s journey atop, begins at Mwatate town, the central junction point linking wundanyi, voi and Taveta. Between Mwatate and Wundanyi several view points will prompt you to stop and gaze at the awesomeness below. One such spot is Mbengonyi; here you will be fascinated by the plains spreading across from Kishamba to Mwachora as well as the expansive Teita sisal estate. Mwachora is historically renown among the Taita as a medium of death as this is where sorcerers were executed by throwing them over the hill (sorcery was only punishable by death).

Mwachora peak and its views
Another hill with a similar history to Mwachora is Shomoto with a story of how thieves would be thrown over the cliff or have their fingers beaten to a pulp after which they would be tied by a rope to the tree that sits right on the edge of the cliff hanging over a deep cleft in the rock; left for dead. It was the responsibility of a member of the suspects’ relatives to push them over the edge.

Shomoto rock and crevice
If you thought the views of the plains impressive, sight of the Lwada falls should leave you dumbfounded at the nature of its beauty. Found in the Dembwa area, the falls cascade from tall, moss-lined rocks and boulders against a scenic backdrop of thick evergreen vegetation and indigenous cover mostly of wild date palms. 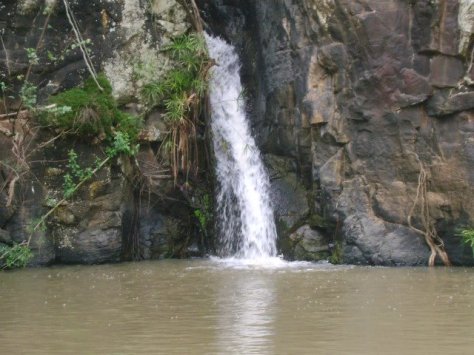 The cruise up hill leads you to Wundanyi town; formely Taita’s District Capital from where one can access other destinations via hiking or use of motorbikes as very few places can be accessed by vehicles due to rough terrain especially during the rainy season. However, to better enjoy the splendor of the treasured sites, hiking is more preferred; Inhabitants swiftly traverse these precipitous hills without the break of a sweat whereas for those of us who come back here once in a while this seems to be quite a chore (never mind the fact that I hail from here). Walking about closely linked villages brings you to encounter very friendly people who will more often than not, not shy off to salute you with a ‘Kwawuka mana’ (good morning) or ‘Kwasinda mana’ (good afternoon) obliging you to reply with a simple ‘Mana-to’. Guests with preference of the uphill climate over the lowlands can enjoy their stay at Irido springs, Lavender Garden and Rocks hotels.

Wundanyi Town
Having withstood the years, Taita Hills have significant political stories to tell with sites like Mile 27,  the Mashoti encampment, Mbuyuni,  Salaita, Latema, Reata and the fortifications near Maktau portraying events dating back 100 years ago during world war 1; the only memorabilia of the battleground being the war cemetery segregated into white and Asian races (wonder where the Africans were buried). There is a story told of a German lady sniper  supposedly hidden in a hollow Baobab tree, out to avenge her husband, leading it to become a target for the British. The baobab tree survived as the most-shot-at tree during World War One and still has the bullet holes to show till date. 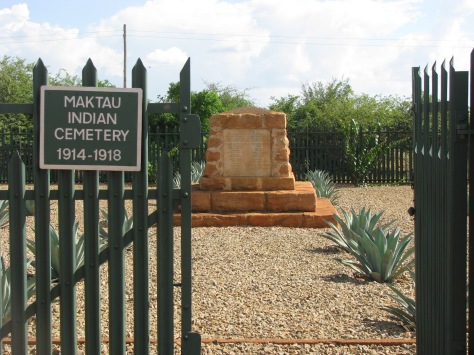 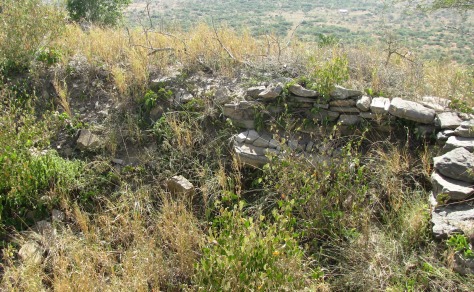 observation post and its view on top of mwakitau 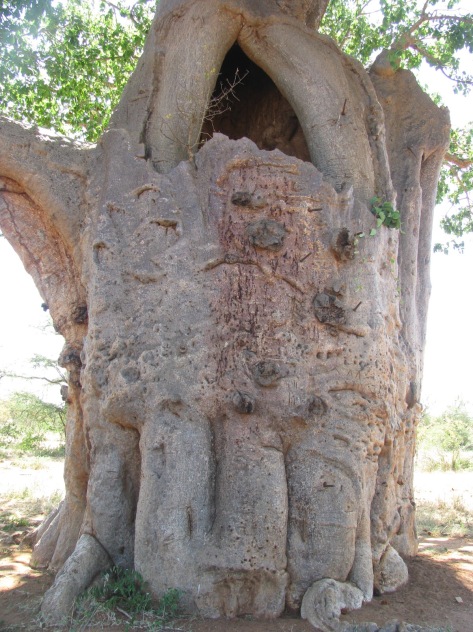 The legendary bullet-holed baobab tree
The hills also played a crucial role for Kenya’s independence serving as a hideout for our founding heroes including the first Kenyan president; Jomo Kenyatta. It is said that the Kapenguria seven stayed at Kino caves where they would keenly plot their victory plan over their colonizers. Mwalimu Julius Nyerere, First president of Tanzania would also frequent the location in order to exchange ideas with his counterparts.

kino Cave
Taita Hills not only harbors these cherished political antiquities but is also rich in cultural mementos. Before conversion into christianity, the Taita were known to store skulls of the dead in caves; Ngomenyi, Yale, Shomoto amongst others. The skulls would be disconnected from the corpse after a year’s exhumation; this was deemed a sacred act of restoring the dead to the ancestors resting place. The skulls would be lined denoting lineage and stacked near the entrance facing the setting sun. The subgroups differed as to who would be accorded this honor with the wadawida placing skulls of only elderly men whereas the wasaghalla included skulls of women and children. In times of calamities, elders would visit the caves and appeal to their ancestors for help; their Higher Being was called Mulungu whereas the ancestors’ spirits were referred to as milungu. 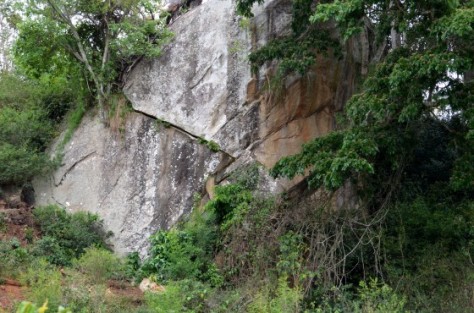 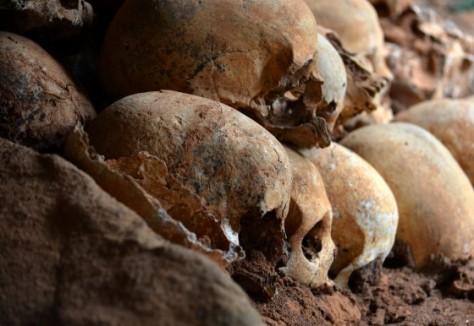 With continued exposure by the media, these breathtaking hills have proven that its allure is not one to be left to oblivion having attracted a myriad of naturalists, researchers and birding enthusiasts alike. With a unique biodiversity of 9 and 13 taxa of animals and plants respectively, found nowhere else in the world but here, areas like Ngangao forest have been deemed a true treasure; being part of a unique Eastern arc range of forests found mostly in Eastern Tanzania and the only one of its kind in Kenya. In total there are 48 indigenous and exotic forests (surviving on hill tops and ranging in size from 500 square metres to 2 square kilometres) 28 of which are gazetted and are under the able protection and management of the Kenyan Government. 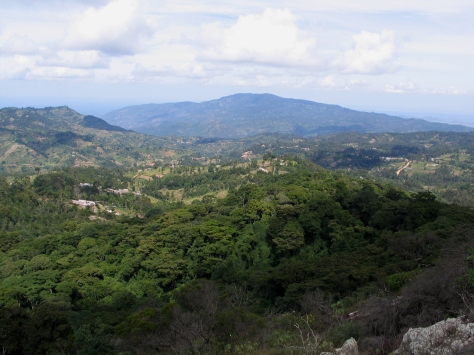 Ngangao forest (under the care of Forestry Commission) will provide you the splendor of moist, thick dripping vegetation with sights of rare birds, butterflies, amphibians and plant species that only exist here. Some of the endemic species that call Taita hills home include  Bird species like the Taita Thrush, the Taita White-eye and the Taita Apalis, a unique rear-fanged snake – Amblyodipsas teitana, an endemic toad – Bufo Teitensis, and butterflies; the Taita Glider, Taita Charaxes, Cymothoe teita, Papilio desmond teita and Taita Swallowtail. There are at least nine plant species found nowhere else in the world but on the these moist slopes including the African violet – Saintpaulia teitensis, Memecyclon teitensis, Milletia obrata, Psychotria petitae. Trailing the forest within the first morning sun rays, one is also bound to chance a upon an endemic species of chameleon – Bradpodium Kinyongia. For birding enthusiasts, species like Orange Ground Thrush, Stripe- cheeked Greenbul, Cabanis’s Greenbul, Hartlaub’s Turaco, Evergreen Forest Warbler, Yellow-throated Woodland Warbler amongst others, should adequately quench your thirst. 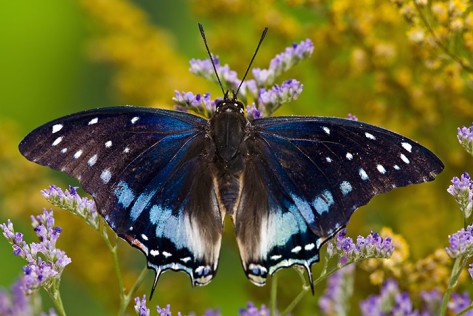 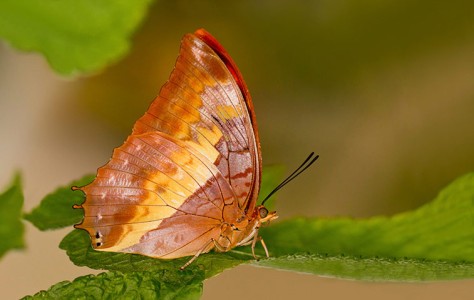 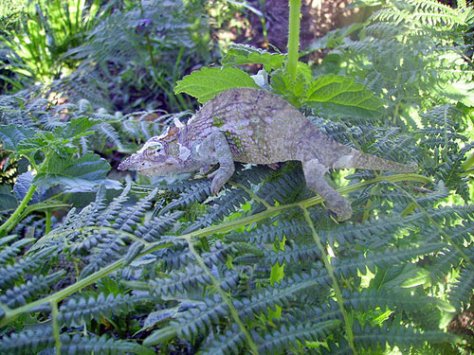 Bradpodium Kinyongia
As a climax to your exploration endeavor,  something that ought to give you a rush would be the climb of Wesu rock either as a pro with harnesses, ropes and all or simply by hiking your way up. What awaits you at the top is a reward of panoramic views for miles over kasighau, Ngulia, Mount Kilimanjaro’s Mawenzi and Kibo peaks as well as chyulu hills. 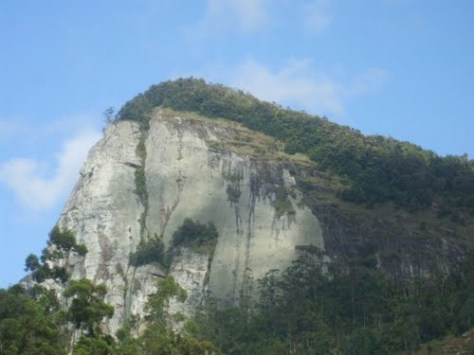 Vuria ( Taita’s Highest point) will also be able to offer you the same thrill of the superb views. Early risers should be able to enjoy the glory of snow fall on the peaks of Kilimanjaro teamed up with the beautiful sunrise, truly a sight for sore eyes.

42 thoughts on “Unravelling the Marvel that is Taita Hills”