Enduring distasteful glares and snarky comments without one iota of apprehension, that’s the kind of thick skin one needs to parade around the coastal towns of Kenya, mzungu in hand. Not that an interracial relationship is frowned upon; only when these kind of cross-generational relationships contribute to moral decay and thrust underage children into sex tourism.

Kenya is a well-known tourist destination for a number of reasons; premier wildlife safari, beautiful landscapes, good climatic conditions, beautiful coastal beaches and her hospitable people to boot. Whilst all this is positive, the country also seems to attract another breed of tourists. Tourists lured here by, although not officially stated, a ready market for a very lucrative business; the sex trade. 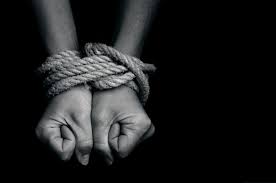 Economic hardships and illiteracy have been cited as some of the issues that lead young men and (mostly) women to such desperation. Drug abuse also fuels sex tourism, because it’s an easy way to get money for a fix. However, living in a once upon a time nondescript coastal town that can largely attribute its growth to this trade, you slowly learn that the greatest drive towards this business is simply the materialistic nature of our society today.

Lined up with numerous restaurants, pubs, clubs, and the infamous strip clubs, Mtwapa is the town to be in. Some foreign travelers can’t pinpoint Kenya on the map to save their lives, but ask them where Mtwapa is. People get here and they just want to go to Mtwapa. Locals aren’t left behind either. Holidays to Mombasa are incomplete if you haven’t sampled the Mtwapa nightlife.

Connected to Mombasa through a bridge over-passing the Mtwapa creek, this town has recorded one of the highest property developments in the region. Unlike most kenyan towns, Mtwapa offers an array of amenities and services; ample security, an exciting nightlife, the ocean and sandy beach, modern shopping malls, hospitals and banking centers, and tastefully furnished apartments and hotels. Locals here find no need to head to Mombasa for goods and services unless they really have to.

It is this convenient lifestyle and the zero-to-none crime rate that most tourists find Mtwapa favourable to the extent of pitching tents here. This is the town where the rich, mostly tourists, and the not so rich live in harmony. Here you  get people of different nationalities, different ethnicity, and different religions. Here you get an open-minded and liberal atmosphere. The sort of atmosphere that permits high-end call girls, foreign prostitutes, escort girls as well as lowly paid sex workers to camp in town. It is the same liberal atmosphere that has the gay community scampering for safety in Mtwapa.

There’s a certain phrase we like to use in this town, “usiku kumekucha (the night has dawned)”. Come nightfall, the streets of Mtwapa are filled with tons of people looking to make merry  – and others to get paid. Music blaring from the numerous pubs lined up can be heard from a far distance. Nyama choma stands and roadside eateries are opened up where would be walking pavements by day. Business here is really good at night. As other towns go to sleep, Mtwapa is wide awake. So are its clients and servicers.

This town, like many others in the coast, has lured tourists, both international and local, with the promise of sun, sand, and sex – but mostly the thriving sex trade. It has also lured young men and women, with the promise of the much coveted mzungu money, better welfare and a ticket out of Kenya. A ticket, to the the better preferred western world; an escape from the low paying jobs, unemployment, and the rising coast of living & healthcare.

With this promise, it is therefore not unusual to see girls, barely in their teens, hanging on to the arms of 50, 60, even 70 year old men. Girls as young as 12 turning tricks in order to make money for their families. Some of these girls drop out of school to join the trade thinking it’s a cool thing to do (some of them make in a day what there teachers would make in a month). In other unfortunate cases though, the girls’ parents are the enablers. After seeing how the proceeds of sex work are giving others a more desirable life, some parents urge their kids to get themselves a “sponsor” like so-and-so in the neighborhood. In the name of profit, these young ones are forced into relationships with men old enough to be their grandfathers, if not great grandfathers.

These kind of relationships are not unique to girls alone. It is well known that beach boys at the coast are on the look out for older white women to have flings with for financial benefit. Hard figures are difficult to come by, but locals estimate that as many as one in five single women visiting from rich countries are in search of sex – Reuters. Such women, well in their 60s and 70s, travel across the globe to Kenya to pick up local boys barely in their 20s.

It is estimated that there could be as many as 40,000 child sex workers in Mombasa city.

It is also not uncommon to see a married couple living with a mzungu lover in the pretense that either one of them is a sibling and not husband or wife. This sort of charade has been going on for years at the coast. Anything necessary for mzungu money!

This kind of lifestyle subjects the individuals involved to society’s judgment and prejudice. They make the money, at the end of the day they have to survive the judgment. Whenever an interracial couple of odd ages flags down public transport at the coast, tongues start wagging. Just the other day, I spotted a young girl struggling to assist an old white man clamber into a matatu. Shopping bags in one hand and her financial savior in the other, the old man, who was about 80 at most, could barely walk let alone breathe (he had to breathe with the aid of an oxygen tube). Once in the matatu, there was an uneasy silence as the thinned hair mzungu walked unsteadily to his seat. The girl avoided stares in shame while most people just shook their heads in disgust.

In 2006, UNICEF released a report that stated; up to 30 percent of girls in some Kenyan resorts – aged from 12 to 18 years old – were involved in the sex industry.  Today, if anything, the number has incredibly risen with the area attracting more wealthy locals and tourists than ever.

The increase in the industry has seen bigger fish crop up. Cartels, bigger and more powerful than even some of the drug lords in the country. The number of women being trafficked to the coast is increasing by the day. Women are lured into the business from as far as Ethiopia, Rwanda, South Sudan, Uganda and even Tanzania.

Thanks to these cartels, child pornography is burgeoning. Young girls are taking part in stripping, live sex shows in local clubs, shooting pornographic movies amongst other moral corrupting activities. Young boys are also sought out as much as girls. Young men are inducted into the industry and are subjected to homosexual acts with both local and white men inside villas.

Whilst some of the partakers (especially university students led by their curiosity) travel to the coast to moonlight as sex workers, others are mainly duped either by friends who lie to them about their profession, or are sourced via social media with the promise of big business deals. Not so long ago, a number of college going ladies made the headlines after they were caught shooting bestial pornographic movies with dogs (in some cases, others are forced to have sex with a horse). These activities were taking place in a Swedish owned villa; one of the numerous, highly guarded villas where young locals are paid for the most horrific and abnormal acts. Behind the steel gates and perimeter fences, sex tourism takes on different shapes; pornography, sadomasochism, child abuse and even fatalities.

Although the media has highlighted some cases of sex tourism like the Swedish villa saga and the strippers at Banhof Bar and Restaurant owned by a German national, this is just the  tip of what is going down at the coast. There’s more , that Kenyans might or might not be aware of. Sex work and trafficking is rampant. As long as the mzungu remains the synonym of wealth in Kenya, morals and caution will be thrown to the wind and towns like the ‘sin city’ will continue to grow. With the promise of easy money and a better life, the crisis of underage prostitution will recycle .

It is imperative, therefore, that strict measures are undertaken to curb any kind of sex tourism especially those that target underage and vulnerable children.