Every year, magic that attracts large numbers of tourists happens. Over 2 million herbivores, acting on uumm… animal instinct – and all that pun – move homes. The grass, they note, is greener on the other side. So they migrate from Serengeti National Park in Tanzania to the Maasai Mara to enjoy a few months of pure bliss, fattening, a few births, and the usual survival of the fittest. This feat is so majestic that it has been dubbed The World Cup of Wildlife, and earned its place as one of the world’s wonders. But is that all there is to the Mara?

A little about Maasai Mara…
You cannot talk of parks in Africa without mentioning Maasai Mara. The 1.510km park lies southwest part of Kenya, and it borders the Serengeti of Tanzania. Several tented accommodations host over 100,000 visitors every year. On a random day of the peak season – usually July to October, you won’t miss at least five safari vans in the park.

Here are five fascinating facts about this national reserve.

The Locals love their Mara
One of the most unique things about Maasai Mara is its connection to the local community. You see, it is named for the Maa community that has lived here since the 17th century. The local authorities are in charge of the management of most of the park, a fact that has helped resolve wildlife-human conflicts in the region.

Home to the Big Five… and then some
The Mara is home to almost 100 species of mammals. It is also where you will find all members of the Big Five: Lion, Elephant, Cape Buffalo, Leopard, and Rhinoceros. It makes sense that the park houses this large number being as it measures 1,510 km2.

Over the years, man has been unkind to wildlife, killing and exploiting game for his own benefit. However, a census done in 2017 shows the number of elephants, lions, giraffes, and almost every large mammal in the Mara to be increasing when compared to those of 2014. These good news can be attributed to the intentional conversation efforts being made by various parties, and we all laud them.

Quick fun fact: the Mara is also fondly known as the Kingdom of Lions. 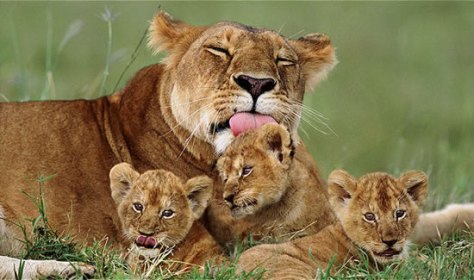 Four Different Topographies
The Mara is divided into four different topographies; Ngama Hills, Oloololo Escarpment, Mara Triangle, and Central Plains. Ngama Hills is 2025 meters above sea level and is characterized by sandy soil that black rhinos seem to love. The Oloololo Escarpment was once densely populated with trees, but elephants damaged most of them so that now it’s mostly grassland. The Mara River crosses here, making this area an animal haven.

The Mara Triangle is also mostly a lush grassland that borders the Mara River and is well-loved by animals. It is quite popular with visitors. In the Central Plains, you will find antelopes and gazelles that prefer to graze in the open grassland where they can see their predators.

Bird Species – so Many Types
If you are into bird watching, then you may want to camp at the Mara for a while. This haven is home to over 450 bird species, with White-Tipped Crest, Red-Winged Schalow’s Turaco, and Orange Buff Pel’s Fishing Owl among those roaming the open savanna freely. There are about 53 species of predator birds too.

Filming Ground of the Big Cat Diary
That BBC Film that keeps most of us glued to Nat Geo, Big Cat Diary, is shot in the Mara – in both the reserve and conversation parts of the park. Cool, right?

Been to the Mara?
Been there yet? Nothing beats seeing these beautiful animals roaming their natural home freely. If you haven’t, it’s never too late to make a trip.

2 thoughts on “Maasai Mara: 5 Things that make it a Great Destination for Safaris”